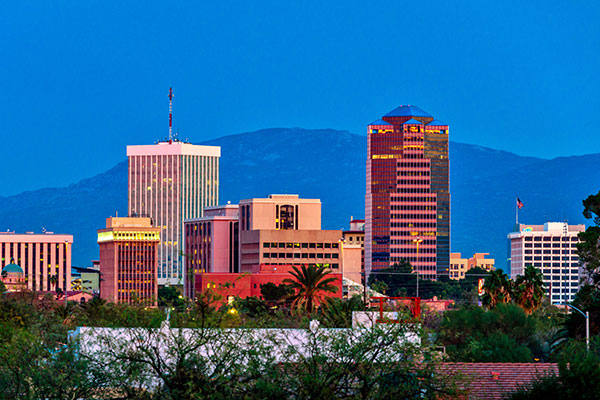 Southern Arizona has a charm that anyone visiting Arizona will love to experience. From the beauty of the Sonora Desert to the history of places like Tucson, Tombstone, and Tubac, a trip to Southern Arizona is a must.

Across Arizona Tours offers customized sightseeing tours to interesting locations around Southern Arizona. Our professional guides will entertain and educate you throughout the trip. With tours being completely customized, you can select from the locations that you would like to see. If you so desire, you can make your tour of Southern Arizona multiple days.

Your tour will be conducted in deluxe vans or luxury buses, depending upon the size of your group. Our Custom Tours depart from the Phoenix, Scottsdale, Tempe, Mesa and other towns in the Valley of the Sun area. 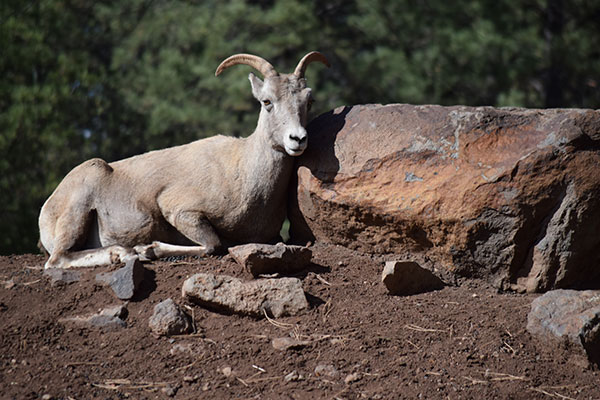 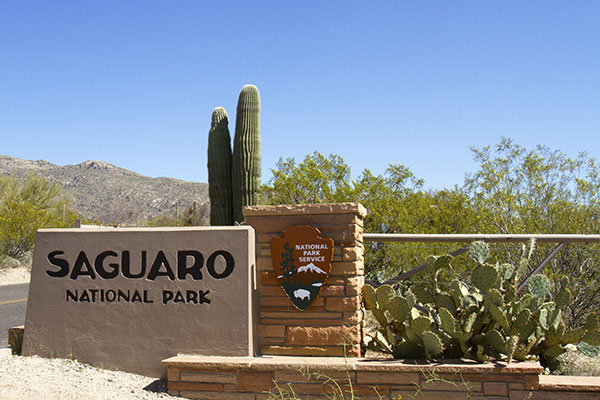 The Saguaro Cactus is the symbol of the desert Southwest. Here, you will see the majestic Saguaro Cactus for as far as the eye can see. This is a great opportunity to get up close and personal with these cacti that can reach 20 feet in height. This is an excellent place for picture taking. 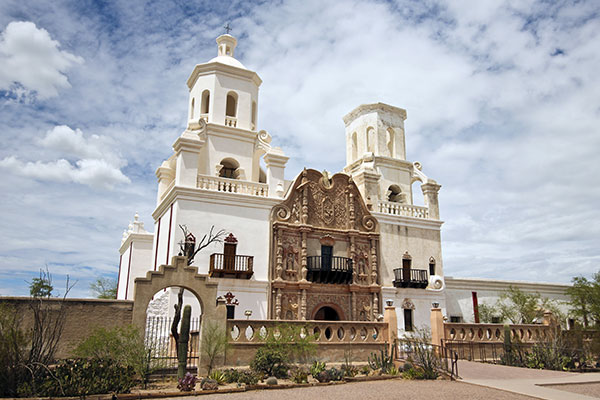 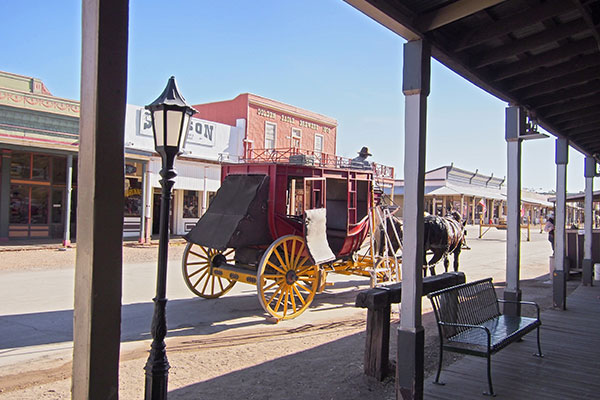 One of the most famous outlaw towns in the United States is Tombstone, Arizona. This was the site of the shootout at the OK Corral where Wyatt Earp, his brothers, and Doc Holliday had their deadly battle in which Billy Clanton and Frank McLaury were gunned down. Many historic and entertaining attractions are here including a reenactment of the shootout each day. 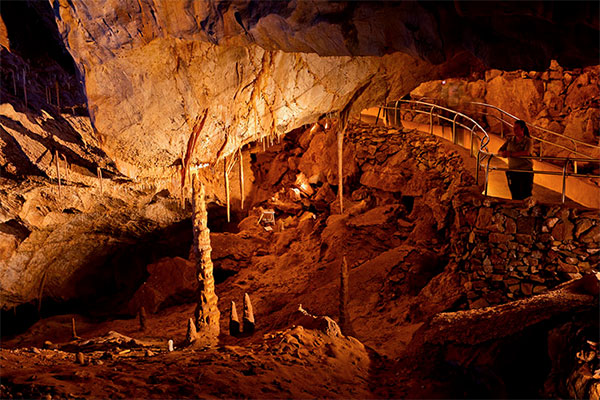 A visit to Kartchner Caverns is a must. These amazing limestone caves feature some of the most dramatic underground formations and minerals that you will ever see in a 1½ hour tour. Expert guides will point out unbelievable stalactites and stalagmites that have formed over thousands of years. The Discovery Center at Kartchner Caverns has many exhibits, a theater, and a large gift shop where you can purchase samples of beautiful minerals. 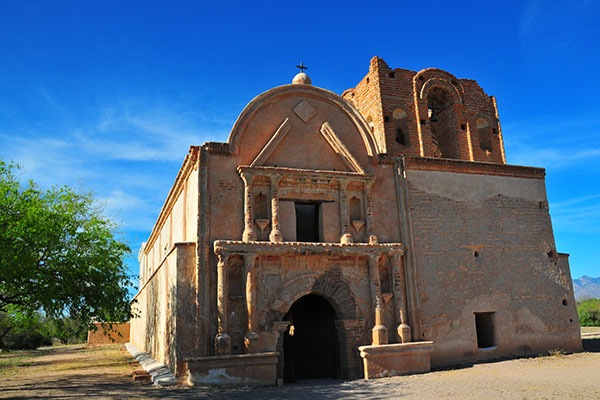 The National Park Service has preserved three Spanish colonial missions in the Tumacacori National Monument, all of adobe construction. These missions were established in the late 1600s and early 1700s. A visitor's center provides excellent information about the history of all of these beautiful missions. 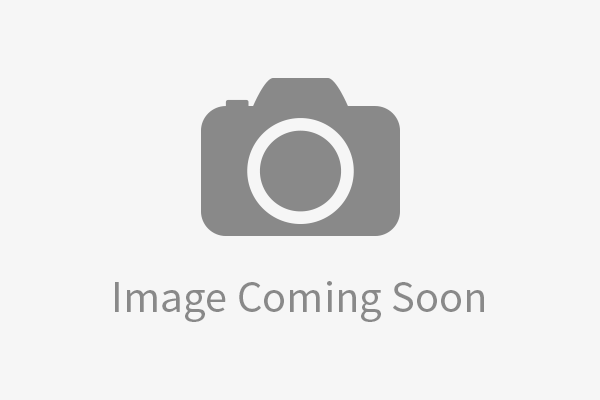 Acclaimed artist Ted DeGrazia built this beautiful adobe art studio complex starting in the early 1950s with the final building being completed in 1965. Each adobe brick was hand made from his designs. Today, it has a rotating display of some of his 15,000 pieces of art including original oils, watercolors, sketches, serigraphs, lithographs, sculptures, ceramics, and jewelry. Visitors from all over the world stream through the gallery every year. 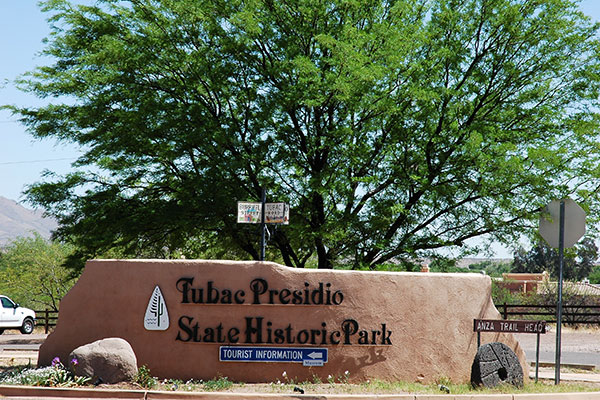 Historians believe that the Tubac area has been inhabited for over 11,000 years. Native Americans from the Pima and O'odham tribes were among the inhabitants and were the ones who welcomed the Spanish to the area. Today, Tubac is an historic State Park that features displays of the many ruins of the area. Tubac is Arizona's first State Park and is the location of Arizona's first European settlement. 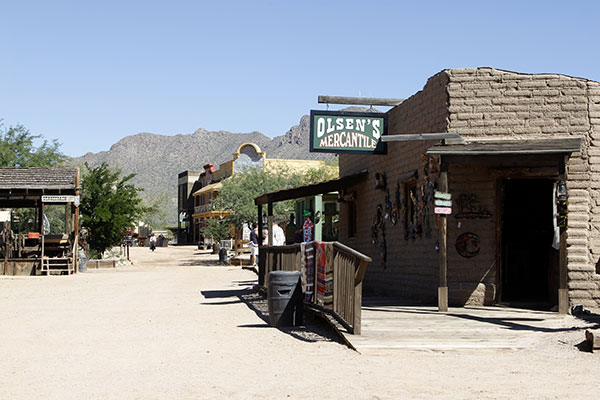 Many people are unaware that Tucson was a location for many classic Western movies and TV shows such as High Noon, Rio Bravo, and The High Chaparral. Walking through the gates will take you back to the wild, wild west. Movie legends like John Wayne and Clint Eastwood worked at these studios. Today, enjoy the many attractions and live shows that will entertain people of all ages.

Pricing of a Southern Arizona custom tour will depend on options and number of days that you are looking to book. Please call the Across Arizona Tours office at (602) 233-1813 or toll free at (888) 533-1813 and one of our knowledgeable tour planners will discuss all of the options available and costs. You can also email us with any questions about this and other tours we offer.
Tap To Call